Get me outta here!

I am back! After a very long break from blogging, I am back with a free gift for the holidays. I created a Google Spreadsheet that combines contact information, contact log, schedule, and automated reminder email system into one spreadsheet. I call the file Contact&Schedule+Ultra as a nod to my family’s favorite anime series. This file simplifies emailing reminders for teletherapy. With one click you can email an entire day’s students/parents to remind them that they have a scheduled session. With two clicks you can open automated emails for all the scheduled day’s sessions with the meeting information for each session.

Unfortunately, there are some limitations to use the file to create emails. As far as I have tested, it only works if you have web email client (Gmail, Outlook.com, etc.) set as default to open your emails. To figure out what your current default email app click on this link. If the link opened another tab or window of your web browser then you should be set. Copy the file at the end of this post and try it out.

Below is a link to the free Google Sheets File in my Teachers Pay Teachers Store. The first tab is a tutorial on how to use the file.

CNET just posted an interested review on a new tablet that can run Android Jelly Bean and Windows 8 at the same time side by side.  It looks like this would be awesome for Speech Therapy. Check it out below:

This is going to be my last Website Wednesday, at least for a while.  I am going to focus more on reviewing Android apps on this blog and in Yapp Guru this summer, using my new Nexus 7 tablet.   I also am working on a flashcard Excel file and will be giving away a promo code to Puzzingo at some point in the next few months.

The website this week is  resource developed by Mrs. Carney a teacher with Appleton Area School District in Wisconsin.   She has organized a list of games, Powerpoints, and other resources in different topics. I found several useful activities for my upper elementary students here (http://www.aasd.k12.wi.us/staff/boldtkatherine/ReadingFun.htm).  I have used some of the games from the subject predicate area.  Other areas that look useful include the plurals, homophones, idioms, and parts of speech.

Everyone have a great summer!

My wife got me interested in becoming a Speech Language Pathologist.  I was actually going into computer programing at the time I met her.  The second biggest influence was a teenager that had cerebral palsy.  I became his caregiver, and began to program his DynaVox.  Realizing that I could help people communicate though computers (AAC) motivated me to become a SLP, but after starting my career I haven’t had the opportunity to work with many AAC devices.

With that all being said I am excited to be able to review my first AAC app on my blog.  I was contacted by someone from Invention Labs and asked to review their app Avaz.  I found Avaz very intuitive.  It was fairly easy to navigate and setup.  I was able to create a new page, take pictures and setup communication buttons on page without any instructions.  The app design reminded me a lot of the DynaVox I programmed 10 years ago, but this app was much easier to use.

Avaz is highly customizable.  It has five voices to choose from. There are a child and adult voice for both male and female USA accents as well as a female Indian accent.  The speed of the voice can be adjusted along with the size of the pictures and caption text within buttons.  There is an option to enlarge the buttons when they are selected.  The default starting screen can be changed and returned to after each selection.  A message box can be used or taken away, allowing the choice of building a complete sentence before speaking or speaking after each selection.  Other options include high contrast, speaking as you type, speaking action keys, and using a password to access the settings.  The app makes it easy to switch between it’s picture and keyboard mode. The keyboard can be in either a QWERTY or ABC format.

I have contacted the app developer with a few ideas for improvement. The menu, home, and back buttons that most Android devices could be utilized better.  The back button can be used to exit the setting menu, but if pressed anywhere else it exits the app.  The home screen also exits the app and the menu button does nothing.  While within Avaz, the volume buttons on my tablet accessed the ringtone volume instead of the volume for the app (media), preventing me from making adjustments.  I recommended that they add the option of locking within the android app, to prevent accidental exit.

I was only able to try this app on my Lenovo A1.  I used this app as a starting AAC system for a child with autism.  It worked well for him and I could see this app working as day to day communication for someone at the picture or keyboarding levels.  The app is currently $99.99 in both Google Play and Amazon Appstore for Android.  I know $99.99 is a lot of money but when you compare it to the current DynaVox which costs over $4,000, it makes it look cheap.  With a great $200 Android tablet like the Kindle Fire HD, Nexus 7 or  $180 for the Samsung Tab 2,  you can get a AAC device and a tablet for less than the price of an iPad Mini.

The University of Iowa developed a video collection of all the English, German, and Spanish phonemes.  I  like to use this great resource (http://www.uiowa.edu/~acadtech/phonetics/#) for visual aids to teach and review how to produce phonemes during articulation therapy.

The videos use flash player so they can be played on this website using Android tablets with flash player.  Adobe no longer officially supports  Android but can be installed by following the instructions in the video at the bottom of my GotKidsGames post or by purchasing Puffin Web Browser.

Amazon’s Appstore for Android has a behavior tracking app as the free app of the day.  I have installed and briefly looked at this app.  It looks like it could come in handy in therapy for tracking kids behaviors.  A list of at least 44 kids can be added and different behaviors can be added to each student. The tasks and behaviors  are currently setup for home use but can be modified.  Multiple points can be added at once by completing a task.  Points can also be added or taken away one at a time.  Percentages of right vs wrong are not tracked, only a total of points, but if you are an SLP that tallies correct answers (e.g., number of times /r/ is said correctly) this could be a very handy app.   Download it for free today only here.  If you would like to check Amazon’s free app of the day frequently bookmark this link.  If you don’t have the Amazon Appstore for Android you can download it by following the instructions here.

Just in time for Mother’s Day: The Nook HD and HD+ have access to all the Google Play apps.  This means any speech language pathologist who has one of these devices just multiplied their choice of speech and language apps over tenfold.  The Nook also slashed their prices. Best Buy is running 3 day Mother’s Day sale so you can now get the 7 inch HD with 8 GB for $150 and 16 GB for $180. The 9 inch Nook HD+  with 16 GB is $180 and with 32 GB is $200.  All these devices have SD card slots for expandable memory.  Right now, these is probably the best deal for good Android tablet with expandable memory.  You are not going to find a better 9 inch tablet for $200.

With Google Play there are over 250 app that could be used for speech therapy.  Check out my SLP Android Apps page for details.   Sorry if this sounds like a commercial, but this is a really good deal. It would make an awesome Mother’s Day present for an SLP who doesn’t have a tablet yet.  The only reason I am going to buy one of these is because they don’t support sideloading.  This means the Amazon Appstore is not available and it won’t be very difficult for me to install apps given to me to review on this blog.  Google Play has 99% of the Apps on Amazon and a lot more.  Neither of these issues should be a problem for most people.

GotKidsGames.com has some great language and phonics games for grades K-6 in it’s Word Games (http://www.gotkidsgames.com/GotKidsGames%20Word%20Games%20By%20Grade.html) area.  The link to this area is currently at the bottom of the second column in the homepage.  Some of the games keep score and some do not.  There are plural,  pronoun, subject-verb, adjective, and punctuation games to name a few of the ones that could be used in therapy.

Some of the games are short race the clock games to see how many correct answers can be done in a minute. I have found these most useful in therapy because they are quick, track data, and the kids enjoy them.  5 of these are  subject-verb agreement games: 1st grade, 2nd grade, 3rd grade, 4th grade, and 5th Grade. There’s also a racing homophone and pronoun games.  If you click on a few of the links in the last couple sentences you may notice some of the games have no ads.  Playing around with this website, I noticed that you can change a few of the the .html ending to .swf and the ads go away.  The .swf links a may eventually stop working, but I have enjoyed them the past few months.

Most of these games are flash games so they can work on Android tablets.  It has come to my attention that the Android 4.1 and 4.2 no longer have official flash support, but you can still get it from adobe’s website in archives.  I found a YouTube video that explains how to get flash in Android 4.2 (Jelly Bean).  You can watch it below.

Support This Blog by Purchasing My Wife’s Book 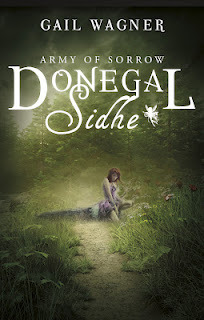 Gail Wagner's (my wife) first book has been published. You can purchase from Amazon 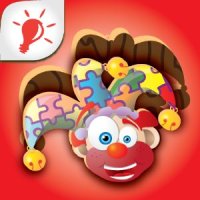 Lily and the Fae

Believing in the enthusiasm of young readers & reeling it in!